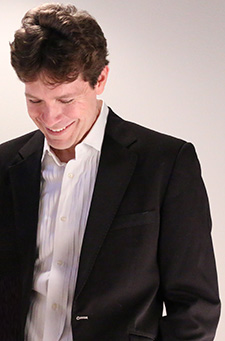 Mark Malatesta is an author who went “undercover” as a publishing agent for many years, in large part to find out how to get his own books published. During that time, Mark became a somewhat successful book agent (something that took him a bit by surprise). Now Mark is a well-known author coach and speaker who loves sharing his insider secrets with other authors.

As the Founder and CEO of Literary Agent Undercover (LAU), Mark is helping authors around the world, writing in all genres (fiction, nonfiction, and children’s books), get top book agents, publishers, and book deals. LAU is built upon the simple idea that it’s much better to “get paid to publish” instead of “pay to publish” and waste years of your life (and possibly thousands – or tens of thousands – of dollars self-publishing or working with vanity presses. Established in 2011, LAU serves: 1) Unpublished authors just getting started, 2) Self-published authors who now want to find a real publisher, and 3) Previously published authors that have lost their agent and/or publisher.

Mark is particularly proud of the fact that he was also a member of the Association of Authors’ Representatives (2002-05). That’s because book agents have to meet several criteria to qualify for membership: 1) Sell ten book legitimate publishers within 18 months, 2) Get two members of the AAR to vouch for them, and 3) Follow  a strict code of ethics. Less than one third of all active publishing agents are members, and they are the best of the best. That’s why LAU will always be an advocate of the AAR. However, please note (for legal reasons), the AAR is not affiliated with LAU. The AAR does not sponsor, support or endorse LAU in any way. Click here to learn more about the Association of Authors’ Representatives or AAR.

During his short but successful publishing career, Mark also spent several years as Marketing & Licensing Manager of Blue Mountain Arts (the book and gift publisher that invented e-greetings, then sold their e-card division for close to $1 billion at the height of the dot com bubble). Mark scouted for new talent, helped develop new products, and negotiated distribution and licensing deals at events like Book Expo America (BEA), the London Book Fair, and the Frankfurt Book Fair.

A writer at heart (the reason he became a book agent in the first place), Mark is one of the few publishing professionals that actually understands (and genuinely loves) writers. Publishing is an industry filled with jaded cynics that are too quick to tell authors why they can’t be successful, instead of simply showing them how to increase their odds. As a result, Mark loves sharing his insider secrets in a way that authors call inspiring and empowering. Mark thrives on helping authors see how to give their work greater commercial potential and position themselves in the best way possible. Due to his unique blend of passion and expertise, Mark has been invited to write feature articles for publications like The Guide to Literary Agents, a column for WritersDigest.com, and he’s delivered keynote addresses and seminars at some of the most prominent writers’ conferences in the United States and abroad. If you’d like Mark Malatesta to speak to your group, check his availability by calling (800) 928-5028.

Get free access to the Directory of Literary Agents with detailed agent profiles. You’ll also get access to our article and audio library with information to help you get a top agent, publisher, and book deal. You can unsubscribe easily at any time – we don’t spam.

MARK MALATESTA is a former literary agent turned author coach. Mark now helps authors of all genres (fiction, nonfiction, and children's books) get top literary agents, publishers, and book deals through his company Literary Agent Undercover and The Bestselling Author. Mark's authors have gotten six-figure book deals, been on the NYT bestseller list, and published with houses such as Random House, Scholastic, and Thomas Nelson. Click here to learn more about Mark Malatesta and click here for Reviews of Mark Malatesta.
By using our website you consent to our Terms of Use, Cookies, and Privacy Policy Hide This Learn More
Privacy, Cookies & Terms of Use

This website uses cookies to improve your experience while you navigate through the website. Out of these, the cookies that are categorized as necessary are stored on your browser as they are essential for the working of basic functionalities of the website. We also use third-party cookies that help us analyze and understand how you use this website. These cookies will be stored in your browser only with your consent. You also have the option to opt-out of these cookies. But opting out of some of these cookies may affect your browsing experience.
Necessary Always Enabled
Necessary cookies are absolutely essential for the website to function properly. This category only includes cookies that ensures basic functionalities and security features of the website. These cookies do not store any personal information.
Non-necessary
Any cookies that may not be particularly necessary for the website to function and is used specifically to collect user personal data via analytics, ads, other embedded contents are termed as non-necessary cookies. It is mandatory to procure user consent prior to running these cookies on your website.
SAVE & ACCEPT
0
Shares
0
0
0
0

News and updates to get a top literary agent, publisher, and book deal.

You have Successfully Subscribed!